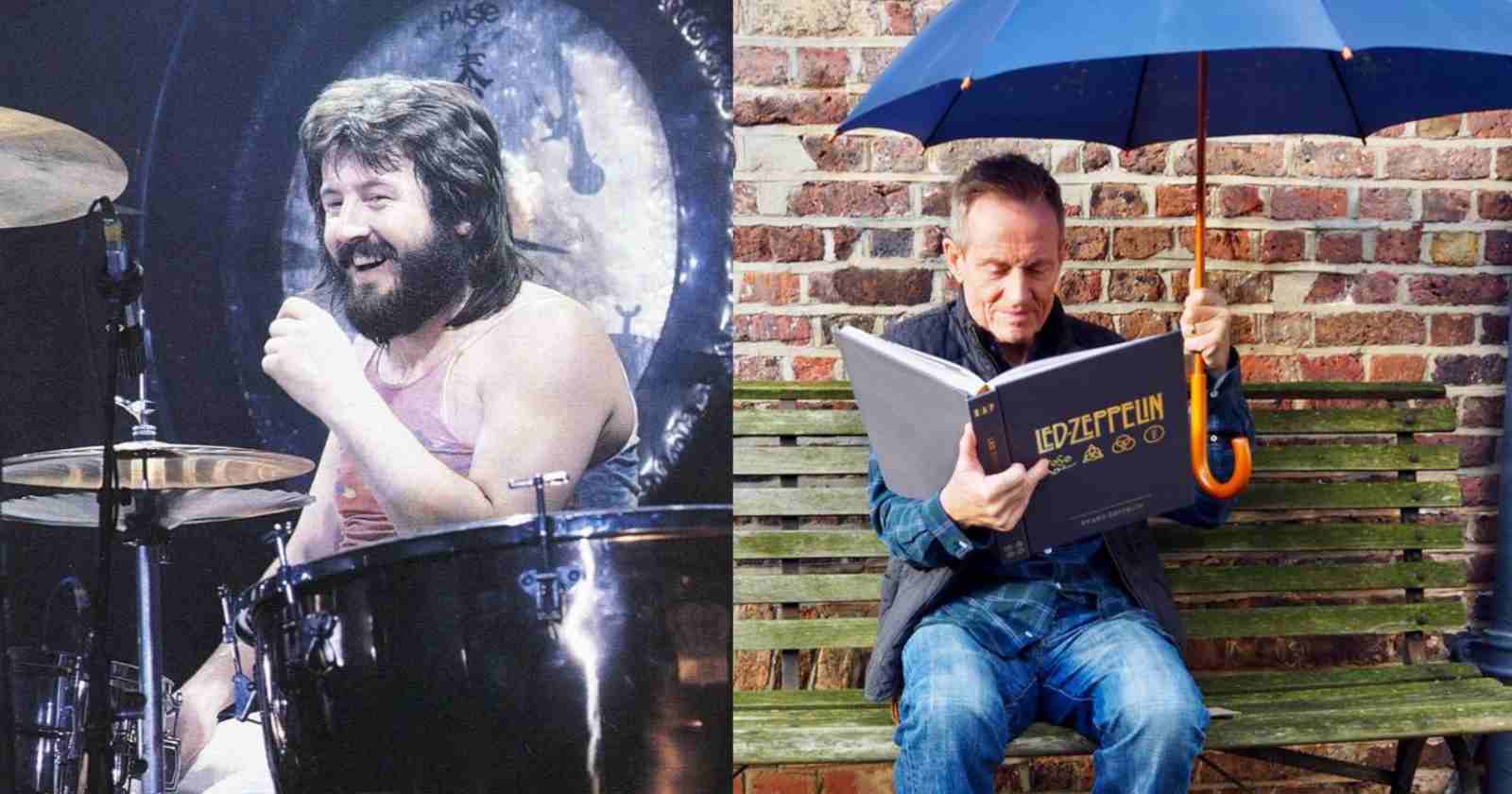 John Bonham is often considered one of the best drummers of all time that unfortunately died too soon. In an interview on the book Thunder Of Drums released back in 2001, Led Zeppelin bassist John Paul Jones talked about Bonham’s drum technique and listed some of the bands and artists the late drummer liked.

4 bands that John Bonham liked according to John Paul Jones

“He used to hit hard and he was loud, but he was actually a very subtle drummer in a lot of ways. He never played the same thing twice and there was always a lot going on in his playing. There was light and shade, colour and groove.”

“He only used a small kit, but he used to play large drums. Never played a large kit in terms of the number of drums. He only ever used four drums most of the time, and never had racks of stuff, like people did in the beginning of the 1970’s. So he could do most of what he wanted on a small amount of equipment. It didn’t matter what drums they were: I’d hear him sit down on all sorts of strange drum kits and he’d immediately sound like him. It was just the way he hit them, plus an impeccable sense of timing.”

“Bonzo had very broad listening tastes. When we weren’t listening to James Brown or Otis Redding, he might be listening to Joni Mitchell or Crosby, Stills, Nash & Young. Bonzo was a great lover of songs.”

Born in Barnwell, South Carolina back in 1933 James Brown was a singer, songwriter and dancer. He was the main progenitor of funk music and one of the most famous musicians of the 20th-century. He used to be called the “Godfather of Soul”, “Mr. Dynamite”, and “Soul Brother No. 1”.

Back in 2013 he was inducted to the first class of the Rhythm & Blues Music Hall of Fame as an artist and then in 2017 as a songwriter.

Considered one of the greatest singers in the history of the United States, Otis Redding is recalled for his huge contribution to soul music and rhythm and blues. Influenced by Gospel Music, his singing style was emulated by many other Soul artists in the 60s.

He also received posthumous Grammy Awards, the Grammy Lifetime Achievement Award and was inducted into the Rock and Roll Hall of Fame.

Born in Fort Macleod, Alberta in Canada,  Joni Mitchell is one of the most famous songwriters of all time. Her work often talks about social and philosophical subjects with the sound influenced by Jazz, Pop music, Rock and Folk.

Some of her most famous songs are “Big Yellow Taxi”, “A Case of You”, “California”, “Both Sides Now” and “River”. Mitchell also won 9 Grammy Awards, the first one in 1969 for “Best Folk Performance” and the most recent in 2016 for “Best Album Notes”.

One of the first supergroups in history was formed by David Crosby (The Byrds), Stephen Stills (Buffalo Springfield) and Graham Nash (The Hollies). They were later joined by Neil Young in their second album “Dejà Vu”, who was Stills’ ex-bandmate in Buffalo Springfield.

Crosby, Stills & Nash were inducted into the Rock and Roll Hall of Fame as members of the group and also as members of their previous bands. But Neil Young was only inducted as a solo artist and as a member of Buffalo Springfield. Young rejoined the band in several reunions over the decades but besides “Dejà Vu”, the only two studio albums he recorded with them was “American Dream” in 1988 and “Looking Foward” in 1999.

In the interview for “Thunder of Drums” book, John Paul Jones talked about his rhythm partnership with John Bonham:

“We could do anything we wanted, as we were good enough musicians. He was loud from the bottom up, if you know what I mean. Which is how I like it, being a bass player. When I was doing sessions I played with three different drummers everyday. So you’d get to know the ones you’d have a nice time with and the ones who were going to be hard bloody work. As soon as I heard John Bonham play I knew this was going to be great – somebody who knows what he’s doing and swings like a bastard. We locked together as a team immediately.”

“We had a mutual respect when we both realised we knew what we were doing. So I listened to his bass drum foot and he listened to what I was doing. It was one of those rhythm-section marriages. John was musically loud. He was a strong drummer, and we were playing rock’n’roll – you don’t want somebody tapping about.”