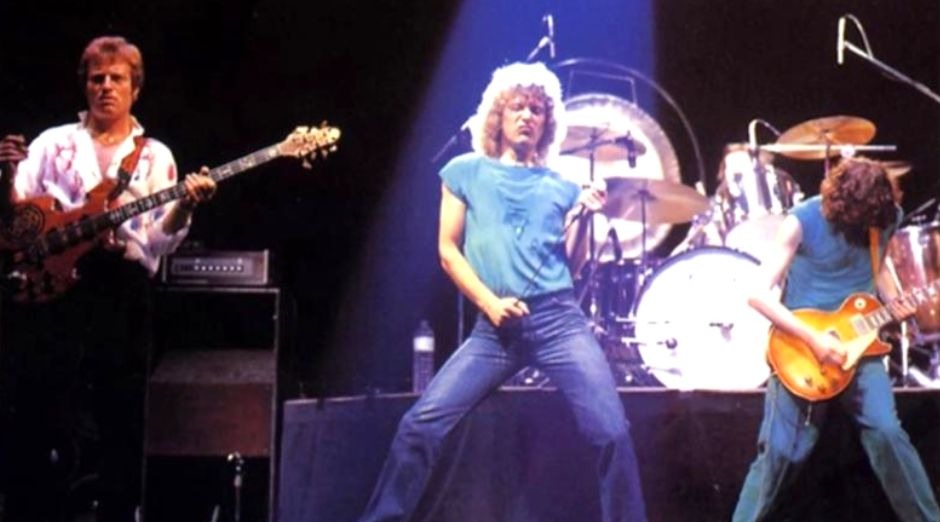 On July 7, 1980, Led Zeppelin performed their last show in history. The performance took place in the German capital Berlin, at a time when the city was still divided by a wall – they played in the western part.

The concert closed the European tour they did in the year to release In Through the Out Door, album released by Led Zeppelin in the previous year. But the mood was not one of the best: Robert Plant, the lead singer, wanted to do shows but didn’t want to go to North America or play in Britain, where the band was originally from, because the local press was not flattering.

In addition, John Bonham, the drummer, showed difficulties arising from drug problems. The band then agreed to a tour with 12 official dates and two extras (for presentations in England). They played in West Germany, Belgium, Holland, Austria and Switzerland.

On June 27, halfway through the tour, Bonham showed the first sign that something was wrong. They played in Nuremberg, Germany, and in the third song the drummer collapsed, being rushed to the hospital and canceling the show. The diagnosis was drug and alcohol abuse. Bonham said only that he ate too much.

After the tour ended, all members began fanning the idea of ​​going to North America on tour. The shows began on October 17, 1980. They began rehearsing the previous month, but the tour never happened: at age 32, Bonham died on September 25. He was drunk, vomited while he slept, and was suffocated.

The tour was officially canceled, and for some months there were rumors that Led Zeppelins would replace Bonham. It did not happen: on December 4, 1980, they publicly announced the end of the band.

“We would like everybody to know that the loss of our dear friend, and the deep sense of inseparable harmony that we have led us to decide that we can’t continue,” they announced.
And then, after 11 years and eight albums, Led Zeppelin, one of the biggest bands in rock history, came to an end.