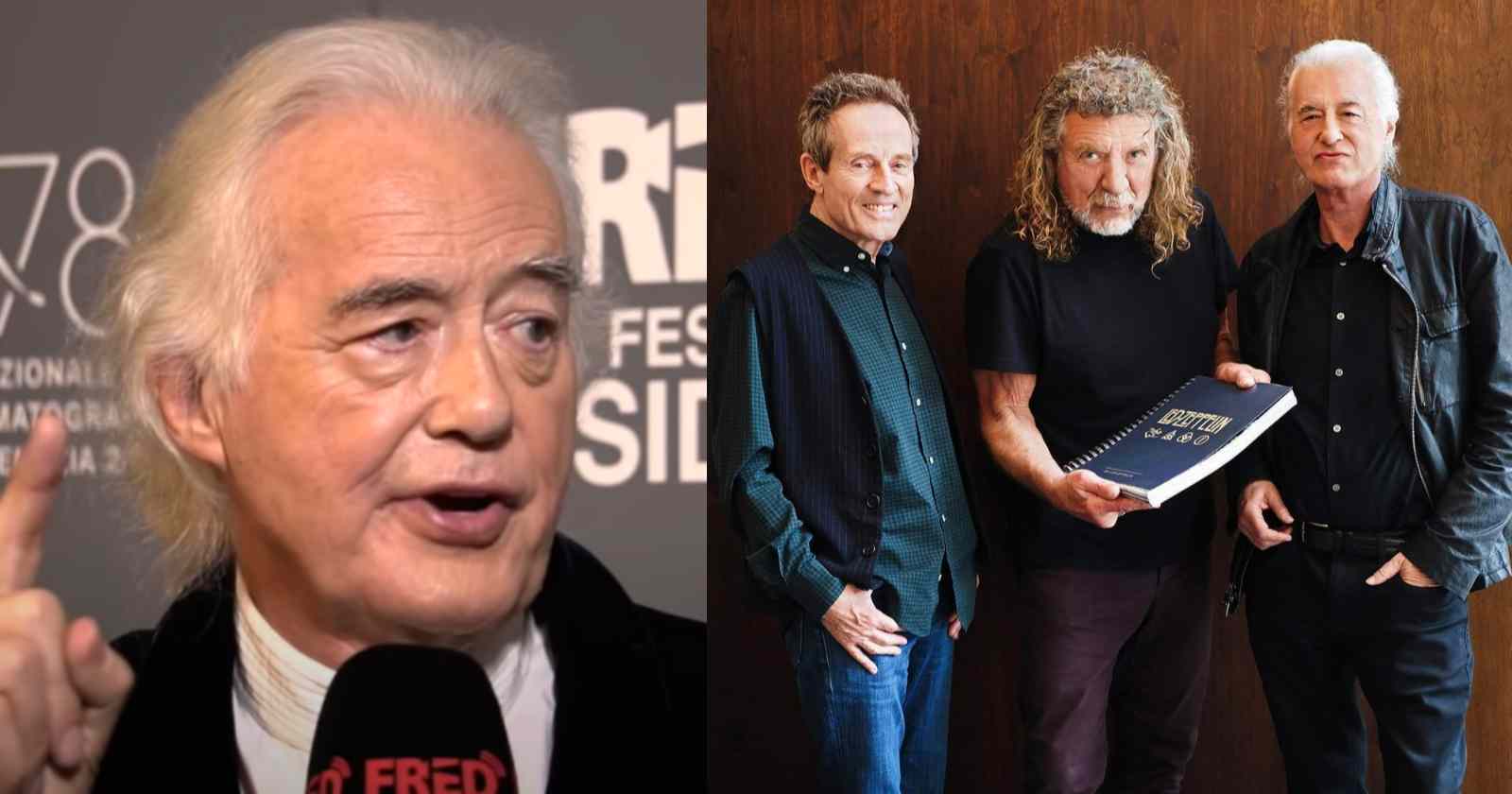 Jimmy Page started his career as a session musician in the early 60s, being part of many classic recordings from bands like The Who, Rolling Stones, Donovan, Joe Cocker and more. By the end of the decade he achieved fame as a member of The Yardbirds and then with his own band: Led Zeppelin. The groundbreaking Hard Rock group he formed alongside John Paul Jones, John Bonham and Robert Plant became one of the most successful bands of all time with an estimated amount of 200 to 300 million records sold worldwide.

Besides the amazing guitar solos, Page is also recalled for the powerful riffs and Rock and Roll selected the 3 Zeppelin songs that Jimmy Page said that are some of his favorites.

Led Zeppelin was an active band for only 12 years but released a lot of material, eight studio albums. They have also one posthumous work released in 1982, two years after John Bonham’s death. The guitarist Jimmy Page always said that is difficult for him to chose only one favorite song from the band. But talking with Rolling Stone in 2012, he chose his favorite guitar riff. He picked “Kashmir” from their 1975 album “Physical Graffiti”.

“It’s difficult to be asked, ‘What’s your favorite Zeppelin track?’ They all were. They were all intended to be on those albums. [Pause] I suppose ‘Kashmir’ has to be the one. I knew that this wasn’t just something guitar-based. In addition, all of the guitar parts would be on there. But the orchestra needed to sit there, reflecting those other parts, doing what the guitars were but with the colors of a symphony. John Paul Jones scored that. But I said, ‘John, this is what it’s got to be.” I knew it, and I heard it.’

In that same conversation the musician explained that in his opinion what makes a great Led Zeppelin. According to him it has to be hypnotic, because it will be played over and over again.

When Led Zeppelin released the remastered versions of their three first albums, Jimmy Page answered some fan questions in an interview with Telerama back in 2014 (Transcribed by Rock and Roll Garage) about those records. When they asked which were his favorite tracks, one of his choices was “Whole Lotta Love”, the classic song from the band’s second album “Led Zeppelin II” released in 1969.

“It’s very difficult to say with Led Zeppelin, with all of the tracks that there are of the catalogue which is my favorite. Because I have separate memories for each one. (Also) how they were recorded, the sentiment, what they mean is all about. But I would say a track, to actually be able to access the idea of what comes with these companion disc audio and the release would be ‘Whole Lotta Love’.”

“Because it shows it’s a mix down at the end of that night of recording and it’s really tough, it’s really good. When you hear it you see just how much work went into the final version of ‘Whole Lotta Love’. I think that’s one of my favorites,” Jimmy Page said.

The guitarist told Total Guitar in 2020 that the guitar riff of the track was really fresh and still is. He also stated that everytime somebody plays those chords it brings a smile to people’s faces. Curiously, he came up with that historical guitar riff in the summer of 1968. One year before the song was recorded and released. He was in his houseboat along the Thames river at Pangbourne, England. He recalled in an interview with The Wall Street Journal in 2014 how he came up with the riff.

“I suppose my early love for big intros by rockabilly guitarists was an inspiration. But as soon as I developed the riff, I knew it was strong enough to drive the entire song. Not just open it. When I played the riff for the band in my living room several weeks later during rehearsals for our first album, the excitement was immediate and collective. We felt the riff was addictive. Like a forbidden thing,” Jimmy Page said.

“Since I’ve Been Loving You”

“Since I’ve Been Loving You” is another song that Jimmy Page revealed to be one of his favorites in the interview with Telerama in 2014 (Transcribed by Rock and Roll Garage). The track was released on Zeppelin’s third album “Led Zeppelin III” (1970).

“‘Since I’ve Been Loving You’ it was recorded on a different night to the one that is on the album. That shows how the four of us worked so well together. Obviously we rehearsed the number and count one, two, three, four, pressed the red light and that’s what you have,” Jimmy Page said.