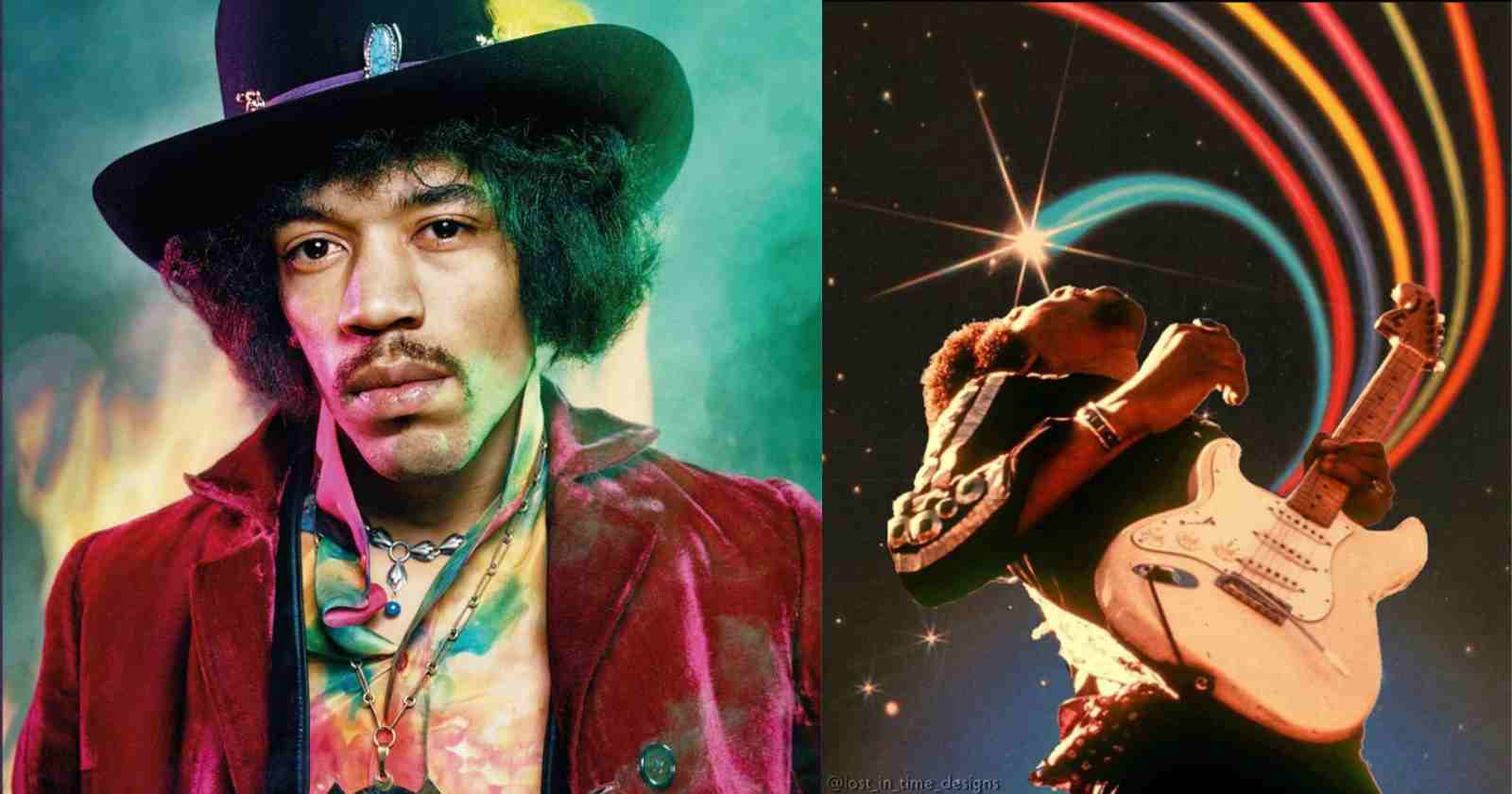 Legendary guitarist Jimi Hendrix died too soon at the age of 27 back in 1970 and still is a huge influence to musicians all over the world. In an interview with Steve Barker back in 1967 the musician talked a little bit about his main influences and listed 3 guitarists that were an inspiration.

“Well, I don’t have any right now. I used to like Elmore James and early Muddy Waters and stuff like that. Robert Johnson and all those old cats. When asked if he ever felt any heritage from the old bluesman, Jimi Hendrix continued: “No, ’cause I can’t even sing! When I first started playing guitar is was way up in the Northwest, in Seattle, Washington. They don’t have too many of the real Blues singers up there. When I really learned to play was down South. Then I went into the Army for about nine months. But I found a way to get out of that. When I came out I went down South and all the cats down there were playing blues, and this is when I really began to get interested in the scene.”

In an interview with Rolling Stone magazine back in 1968 Jimi Hendrix praised Waters and said that he was the first guitarist he ever heard: “The first guitarist I was aware of was Muddy Waters. I heard one of his old records when I was a little boy and it scared me to death, because I heard all of those sounds. Wow, what is that all about? It was great”

Hendrix covered “Mannish Boy” back in 1969 with bassist Billy Cox and drummer Buddy Miles, who soon adopted the name the Band of Gypsys.

Among Muddy’s most famous songs are “Mannish Boy”, “I’m Your Hoochie Coochie Man”, “Rollin’ Stone” and “Got My Mojo Working”. He was inducted into the Rock and Roll Hall of Fame back in 1987 by Paul Butterfield.

One of the most influential Blues players in history, Robert Johnson performed in studio only twice in his career, the first one in 1936 in San Antonio and the second in Dallas back in 1937. In those sessions he recorded 29 distinct songs (with 13 surviving alternate takes) that changed the history of the Blues.

He died at the age of 27 back in 1938 of unknown causes in Mississippi, same state he was born. His death cause is widely disputed by music historians. Some claim that he was poisoned by a jealous husband. Others say that he had congenital syphilis, what may have contributed to his death. But Johnson’s poorly officially documented life and death fueled the myths surrounding his persona.

Among his most famous songs are “Cross Road Blues”, “Me and the Devil Blues”, “Sweet Home Chicago” and “Hellhound On My Trail”. He was inducted into the Rock and Roll Hall of Fame back in 1986 by Robert Palmer.

Born in Richland, Holmes County, Mississippi back in 1918, Elmore James was a Blues singer and guitarist that was known as “King of the Slide Guitar”. Elmore also was praised for his use of loud amplification and his stirring voice. He was inducted into the Rock and Roll Hall of Fame back in 1992 by  Robbie Robertson (The Band).

Among his most famous songs are “The Sky Is Crying”, “Dust My Broom” and “Shake Your Money Maker”.