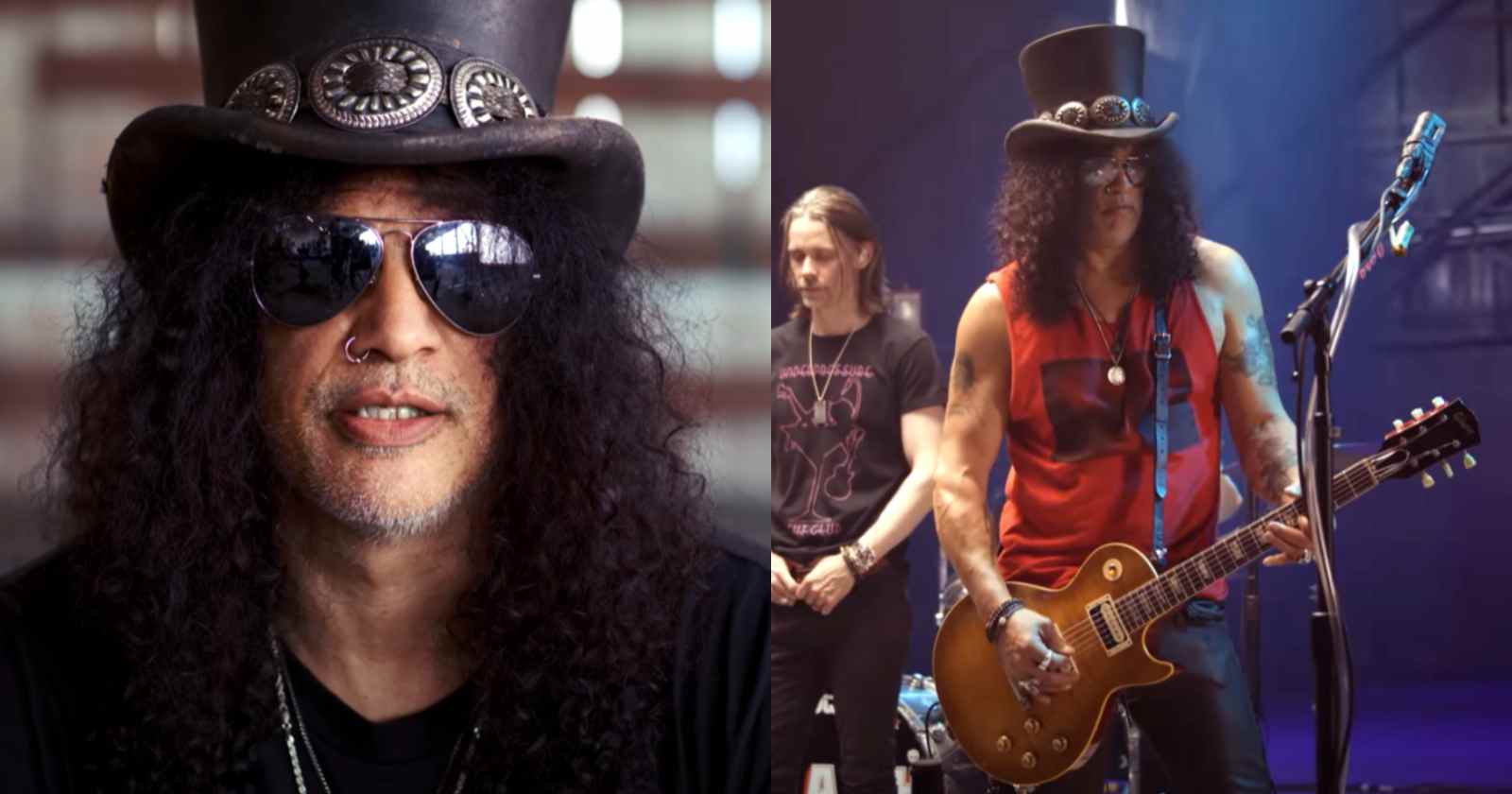 Guns N’ Roses and Velvet Revolver guitarist Slash is one of the most influential musicians of the last decades and inspired a whole generation of bands worldwide. Born in Staffordshire, England back in 1965 he moved at the age of 5 to Los Angeles where his mother was working and the two countries had bands that were very important to his development as a musician as he revealed in an interview with Signed Media back in 2010 (Transcribed by Rock and Roll Garage), where he listed three albums that inspired him the most.

The second Led Zeppelin album was released in 1969, only 8 months after their first one, and was a commercial success. It has classics like “Whole Lotta Love”, “Heartbreaker”, “Ramble On” and “Moby Dick”.

Back in 1999 the album was certified 12× Platinum by the Recording Industry Association of America (RIAA) for sales passing 12 million copies.

“The next one that was really important for me was Aerosmith ‘Rocks’ and that record came at a time when I was about 14 years-old. I discovered that record at this girl’s house. I’d gone there to sort of basically to get in bed and we had a lot of records. We smoked some pot, had the candles lit and she put the Aerosmith ‘Rocks’ record on and I completely focused on that record for the next hour. I played it over and over again. And forgot about her and sort of blew that whole day.”

“But that record sort of spoke to me because there was a certain attitude on that record and a certain kind of bluesy swagger and it was really loud. Really agressive record and it spoke to me as a teenager. That’s really what sort of set me off on the path of picking up the guitar and sort of the direction that I went,” Slash said.

“Rocks”, released in 1976, is Aerosmith’s fourth studio album and has classics like “Last Child”, “Back In The Saddle”, “Nobody’s Fault” and “Sick As A Dog”. Three singles appeared on the Billboard Hot 100 at the time, two of which reached the Top 40 (“Back in the Saddle” and “Last Child”).

The Who “Who’s Next”

“I always loved The Who anyway, all the way up until that record. That record really had a sort of style to it that had a big influence on songwriting for me and my sort of approach to rhythm guitar. It’s just an overall, one of the best Rock records ever,” Slash said.

Released in 1971, The Who’s fifth studio album, “Who’s Next” marked an evolution of the group’s sound and still is considered the best album the band ever released. Some of it’s classics are “Baba O’Riley”, “Going Mobile”, “Behind Blue Eyes” and “Won’t Get Fooled Again”.

The Who recorded Who’s Next with assistance from recording engineer Glyn Johns. After producing the song “Won’t Get Fooled Again” in the Rolling Stones Mobile Studio, they relocated to Olympic Studios to record and mix most of the album’s remaining songs.