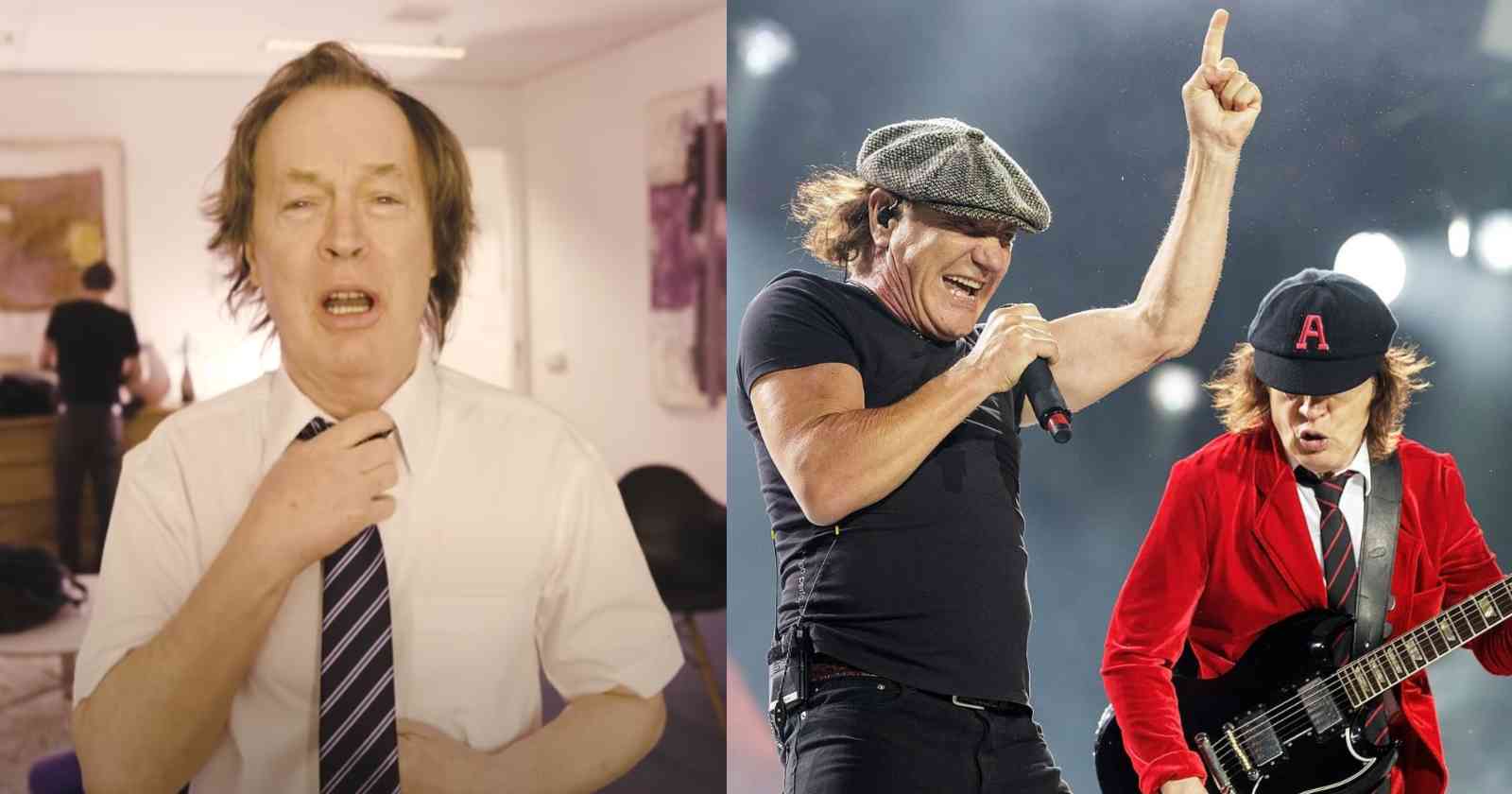 AC/DC‘s Angus Young is one of the most praised guitarists in the history of Rock and Roll music and helped to create some of the best-selling albums of all time like “Highway To Hell” (1979) and “Back In Black” (1980), that became the favorite ones from millions of fans worldwide. In an interview with Guitar Tricks Insider magazine back in 2016, Young listed the 3 albums that were essential in his opinion. Rock and Roll Garage selected what the musician said over the decades about those records and the artists who made them.

Muddy Waters was one of the most important Blues musicians of all time and Angus Young already pointed him as a big influence. Talking with MTV in 1983 (Transcribed by Rock and Roll Garage), the AC/DC guitarist was questioned about which Blues artists had inspired him. Young named Muddy Waters and said: “See, those were all records that you never heard them on the radio or nothing. But (they would be) freely available in shops and stuff.’

In a conversation with Total Guitar in 2020, he said that he always prefered the “happy side” of the Blues. He named Waters as one of the artists from that side, saying: “It’s the emotion in those old blues records. I’ve never really been into the depression stuff. I’ve always liked the happy sort of blues music, like Muddy Waters. Even though he might have been singing about his woman running off with a nineteen year-old bus driver from Florida, there would be an element of humor in it. That’s what I’ve always loved.”

“I’ve never been a great lover of the real sad element of the blues. There are some great sad songs. But I prefer the happier side. And the grammar in blues music is fantastic. Some of the things that Muddy would sing: ‘I just love them pretty womens. I’ll kill for them young pretty things. They’d sing ‘whummen’ instead of women, and ‘choo’ instead of you. But you get what they mean.”

Released in 1977, “Hard Again” was one of the last studio albums recorded by Muddy Waters. It was released 6 years before his death in 1983 at the age of 70. The album was produced by the also famous Blues guitarist Johnny Winter. It had classic tracks like “Mannish Boy” and “I Can’t Be Satisfied”.

Many legendary guitarists already listed the John Mayall & The Bluesbreakers album “Bluesbreakers with Eric Clapton” (1966) as a big influence and it’s not different with Angus Young. His late brother and bandmate Malcolm Young had already told Steve Newton back in 1982 that John Mayall’s records were an influence to them.

Eric Clapton joined John Mayall & The Bluesbreakers after leaving The Yardbirds. He only recorded on this album with the group. The record also featured the bassists: John McVie (Fleetwood Mac) and Jack Bruce (Cream).

Some of the most famous tracks of the album are: “All Your Love”, Hideaway” and “Key To Love”.

Angus Young is not only lucky enough to have been influenced by The Yarbirds, but he had the chance to see the band live when they went to Australia in the 60s. The musician recalled that experience talking with Guitar magazine in 2021: “Malcolm, my brother (and I), there was a few shows we had also seen.”

“We had gone, the two of us together. We had seen people like the band The Yardbirds. They had come to Australia. And at the time, the lineup had just changed. I think they originally used to have Jeff Beck. But then, later on, when we saw them, they didn’t have Jeff Beck. They had Jimmy Page on guitar. So that was good, because at that time, that kind of sound, especially for guitar, it jumped out at you, the sound of it,” Angus Young said.

The Yardbirds had a short career with the classic line-ups, from 1963 to 1968. However, the band released many influential albums. They also had guitarists who would become more famous in the following decades like: Eric Clapton, Jeff Beck and Jimmy Page.

Released in 1967, “The Yardbirds Greatest Hits” listed by Angus Young is the first compilation album of the band. It featured songs like “Shape Of Things”, “For Your Love”, “Over Under Sideways Down” and “Heart Full Of Soul”.