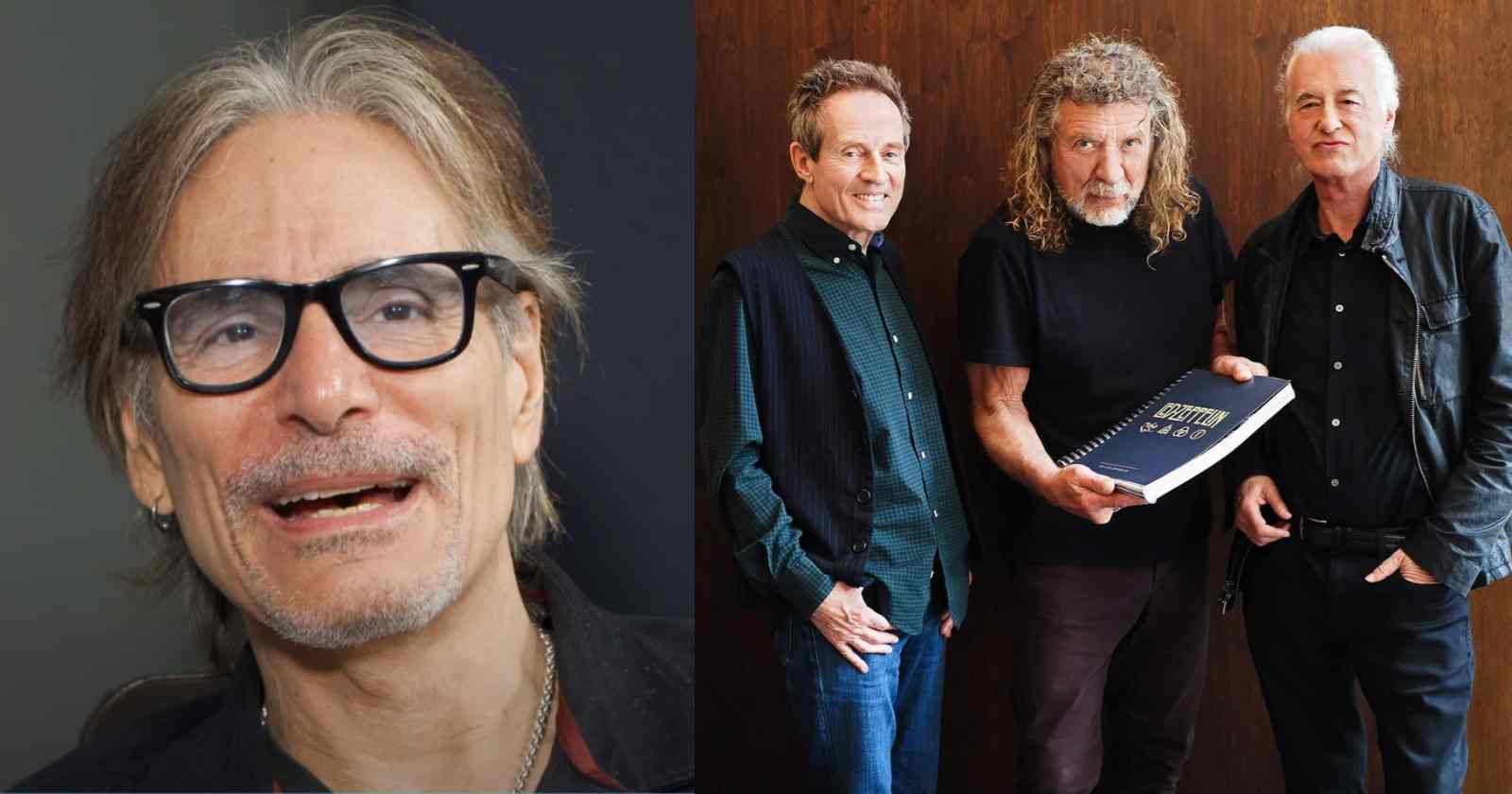 Formed in London back in 1968 by Jimmy Page, John Paul Jones, John Bonham and Robert Plant, Led Zeppelin became one of the most influential bands of all time, taking Rock and Roll music to another level in the late 60s and througout the 70s. Over the decades many famous musicians talked about the importance of the British band in their lives and one of them is the virtuoso American guitarist Steve Vai. To show more about his love for the Hard Rock band, Rock and Roll Garage selected the 2 Led Zeppelin songs that Steve Vai said are some of his favorites.

Talking with Classic Rock in 2021, Steve Vai revealed that “Heartbreaker”, released on Led Zeppelin’s 1969 studio album “Led Zeppelin II” was one of the songs that changed his life. The musician revealed that his first contact with the song was hearing the copy of the album that was owned by his sister Pam. “(It) was the defining moment in me wanting to play guitar.”

“That record was my everything. I’d always thought that a guitar was this untouchable, beautiful thing that I was unworthy of holding. But as soon as I heard the solo on Heartbreaker, something shifted in me. I thought, I don’t care about my insecurities, I’m playing the guitar. I bought a Teisco Del Rey guitar from a friend for $5 and started learning. Everything Jimmy Page represented was everything I wanted to be,” Steve Vai said.

In an interview with The French Connection in 2021, the musician said that the first “real concert” he ever went to was when Led Zeppelin played at the Madison Square Garden when he was still a kid.

“The wall was back of me. I was the furthest away from the stage that you could possibly be. But still it was glorious because it was Jimmy Page and it was Led Zeppelin. I remember not too long after that, 10-12 years after that, maybe 13 years after that, I was on that stage with Dave Roth. There was a ramp we had in the front.”

“I remember when I was doing my unaccompanied guitar solo for the first time. I was standing on the ramp – and it was totally sold out. And I’m looking around. I looked at the kid in the very last seat, way up in the back and I played my guitar solo to that kid. That was a very surreal kind of thing,” Steve Vai said.

In a conversation with Classic Rock in 2022, Steve Vai listed some songs that are the soundtrack of his life. He mentioned Led Zeppelin’s “Black Dog” before picking Steppenwolf’s “Born To Be Wild” as his “saturday night party” track. “Black Dog is still electrifying to me. But the one that evokes in me the most intense kind of musical feeling is ‘Born To Be Wild’. When I was a kid, all through high school, whenever my band would play that song, whatever bar we were in, all my friends would just start destroying the place. When I hear that song I’m sixteen again, standing on a table at a club,” Steve Vai said.

“Black Dog” was the opening track of the the album “Led Zeppelin IV” (1971). That record also featured classics like “Rock and Roll”, “Stairway to Heaven” and “Going to California”. Talking with Planet Rock in 2022, Steve Vai revealed that Led Zeppelin’s guitarist Jimmy Page knows how much he was an inspiration to him.

The American guitarist revealed that when Page received an honorary doctorate of music at Berkeley, they asked to write something for him. “I’ll have to paraphrase. But it was something to the effect of – in the physical universe, there are things that include stars and planets. All life and all dimension. And then there’s the space that enables these things to exist. That space is a vital element since 1968. For every kid that has picked up a guitar to try to find his voice on the instrument. Jimmy Page has been the space that enables all of our notes to be played,” Steve Vai said.